The Broadcast Letter – Finding the Jobs That Aren’t Listed

There are at least three types of job openings:  those that are listed in the “want-ads” of today – the list serves, job banks, idealist.com and the myriad other places; the jobs that have gone unfilled and are no longer listed or those where the search is in the last stages but still open; the jobs that are not open but the ones where the CEO, passing someone’s office thinks, “I’d love to exit that person from the firm but I don’t have anyone to replace them.” For the first category, the resume and cover letter is the traditional route (although you know how I feel about the effectiveness of the resume and I’ll have more to say on that in a future post). For categories two and three, how could you know if the job is still open or what the CEO is thinking? That is where the informational interview (see earlier posts) are so important and where something called the broadcast letter might be effective.

Think of the broadcast letter  as one of the direct mail pieces you receive: targeted to you (“Dear James,”), specific about the benefits of the pitch (“the end of the enrollment period is approaching and you should know about our program and how we are different”), and asking you to take action (“call today”). The broadcast letter is your direct mail pitch.  Say you are interested in working for a certain company or person in a company.   Your broadcast letter, simply states – I am interested in working for you (or your company) because I can bring my level of experience (“I have seven years experience as a major gifts officer”) and the benefits you’ve brought (“during which time I increased fundraising, or sales, or whatever”). If you have relevant degrees mention them and make sure you put in a call to action. “I’ll call you” or  “I would welcome the opportunity to speak”) etc. One page, or two paragraphs in an email or in mail or maybe even post a letter!

As with all direct mail pieces it’s a numbers game, so think about sending 50 or more, and expect a small return. But, if you are serious about a new position, while you are networking (and not spending your time fine tuning a resume) think about a broadcast letter campaign. 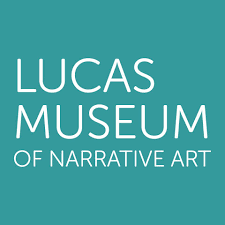